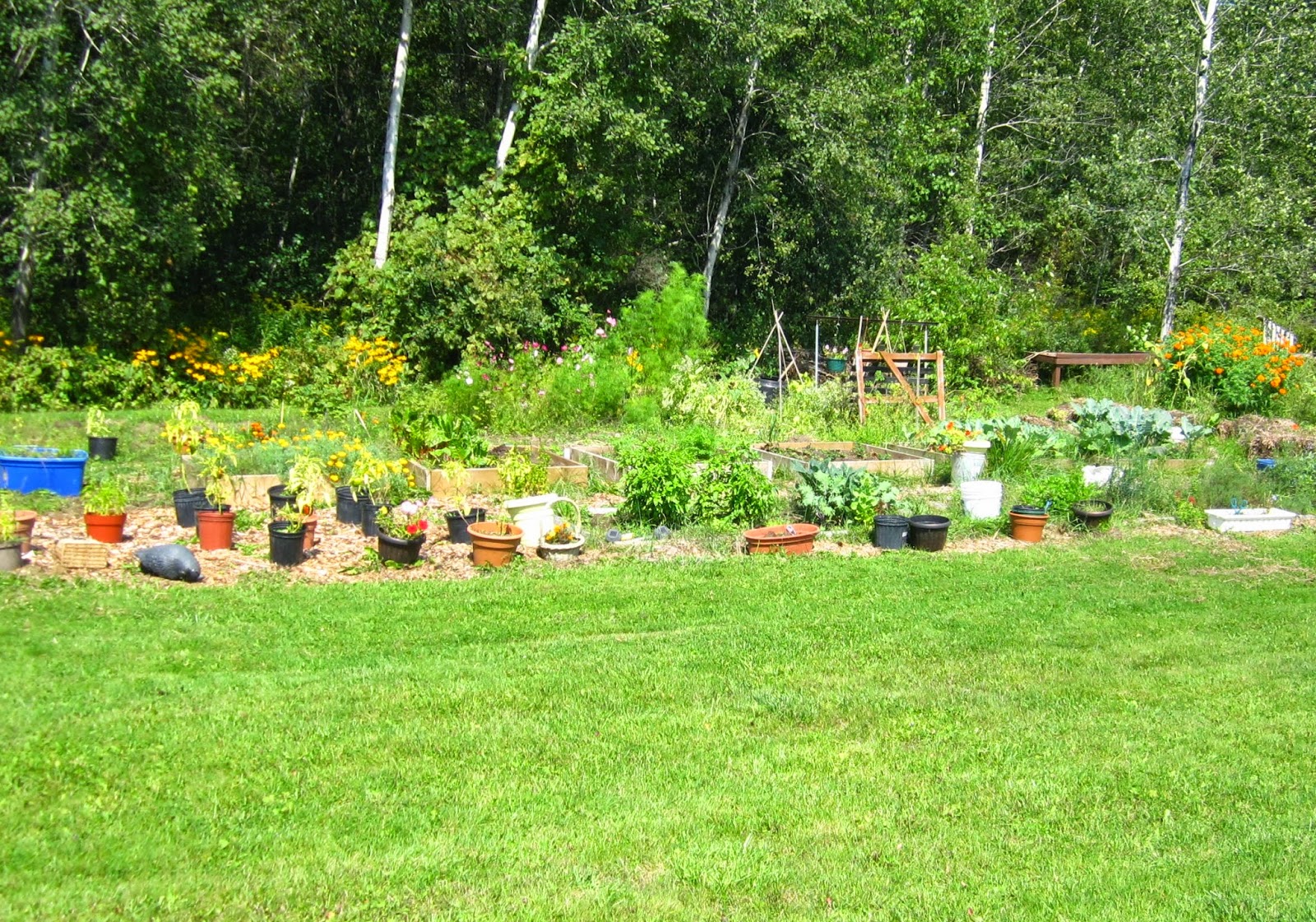 I still have plenty going on in the garden although the weather is supposed to dip below average temperatures in the next week or so.

I've harvested all of the winter squash which turned out to be not quite the yield I was hoping for.  But the butternut squash seeds were 4 years old so I wasn't expecting much there.  I have some spaghetti squash to add to the few already harvested as well as acorn squash and just the one butternut. 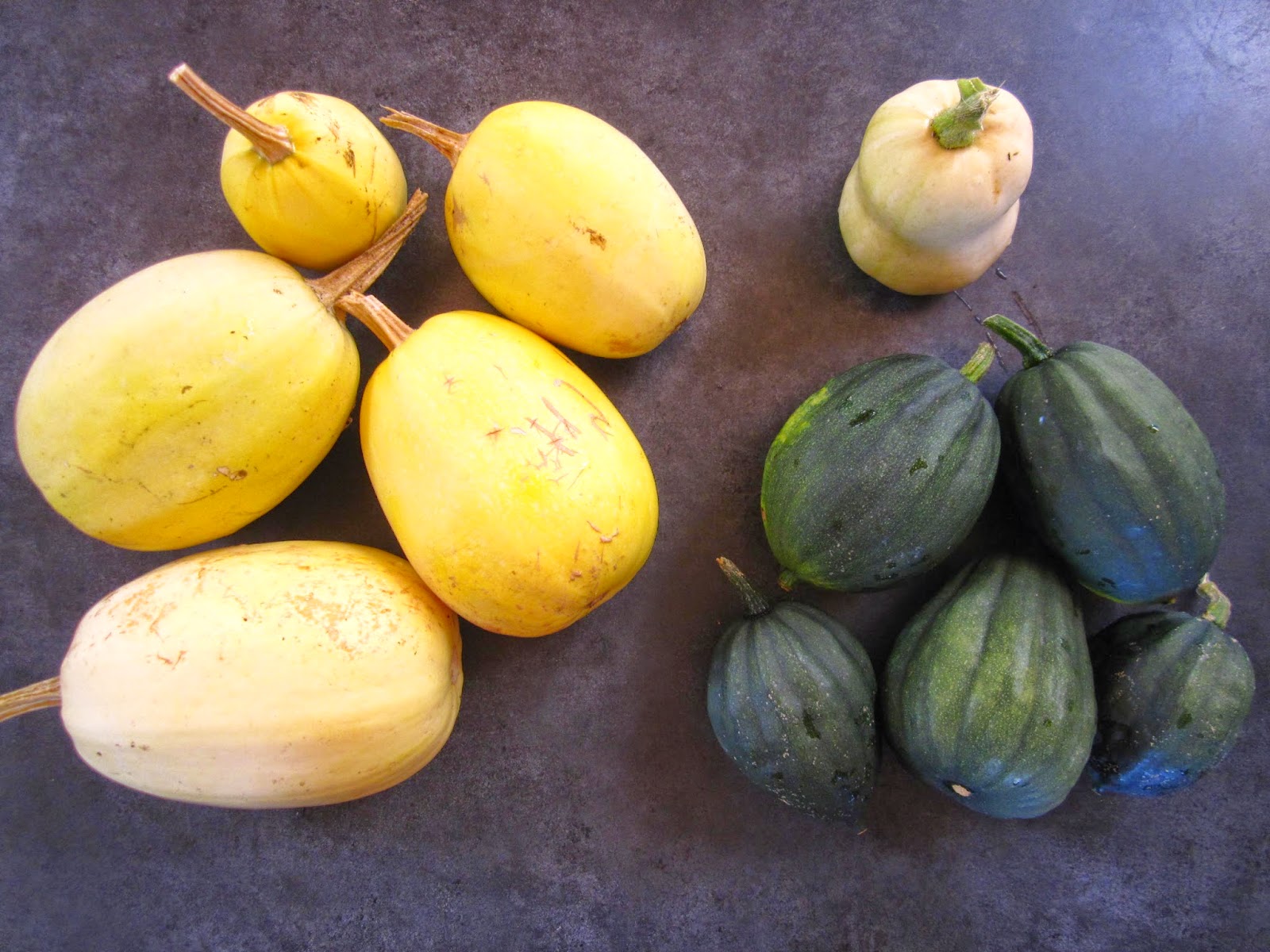 I forgot a few acorn squash on another counter when I took the above picture so here are the rest.  One of them has a bit of scarring.  I've seen intentional scarring where you can write names and such on small pumpkins and they scar as the pumpkin grows - seems like a fun idea which I might try next year. 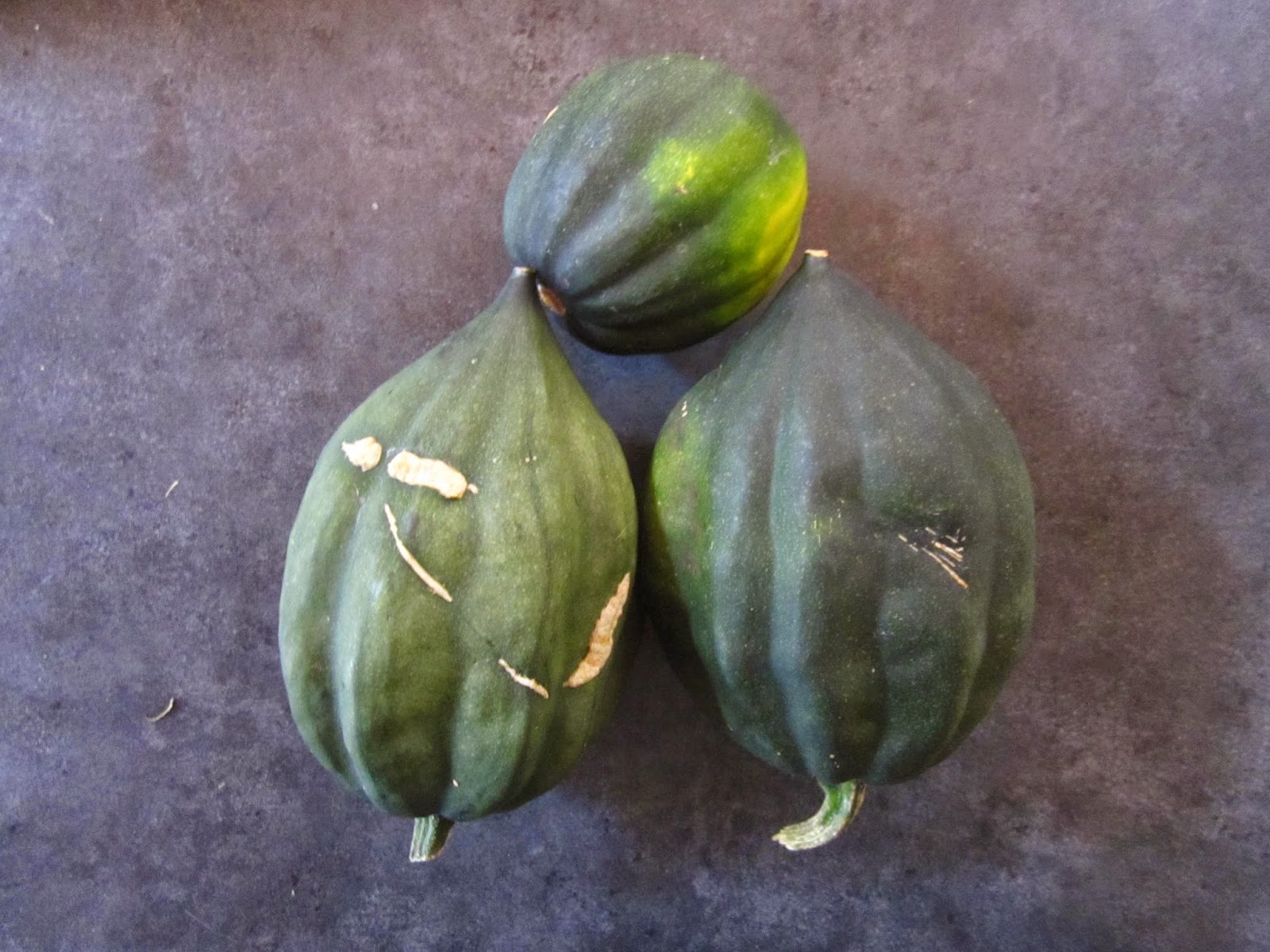 From the same garden, I pulled my one and only cantaloupe.  You wonder why I am so envious when I see other gardener's posting their bounty of melons each Monday at Daphne Dandelion's Harvest Monday?  As juicy and tasty as this was, check out the teeny size - yes, that is a regular sized lime beside it. 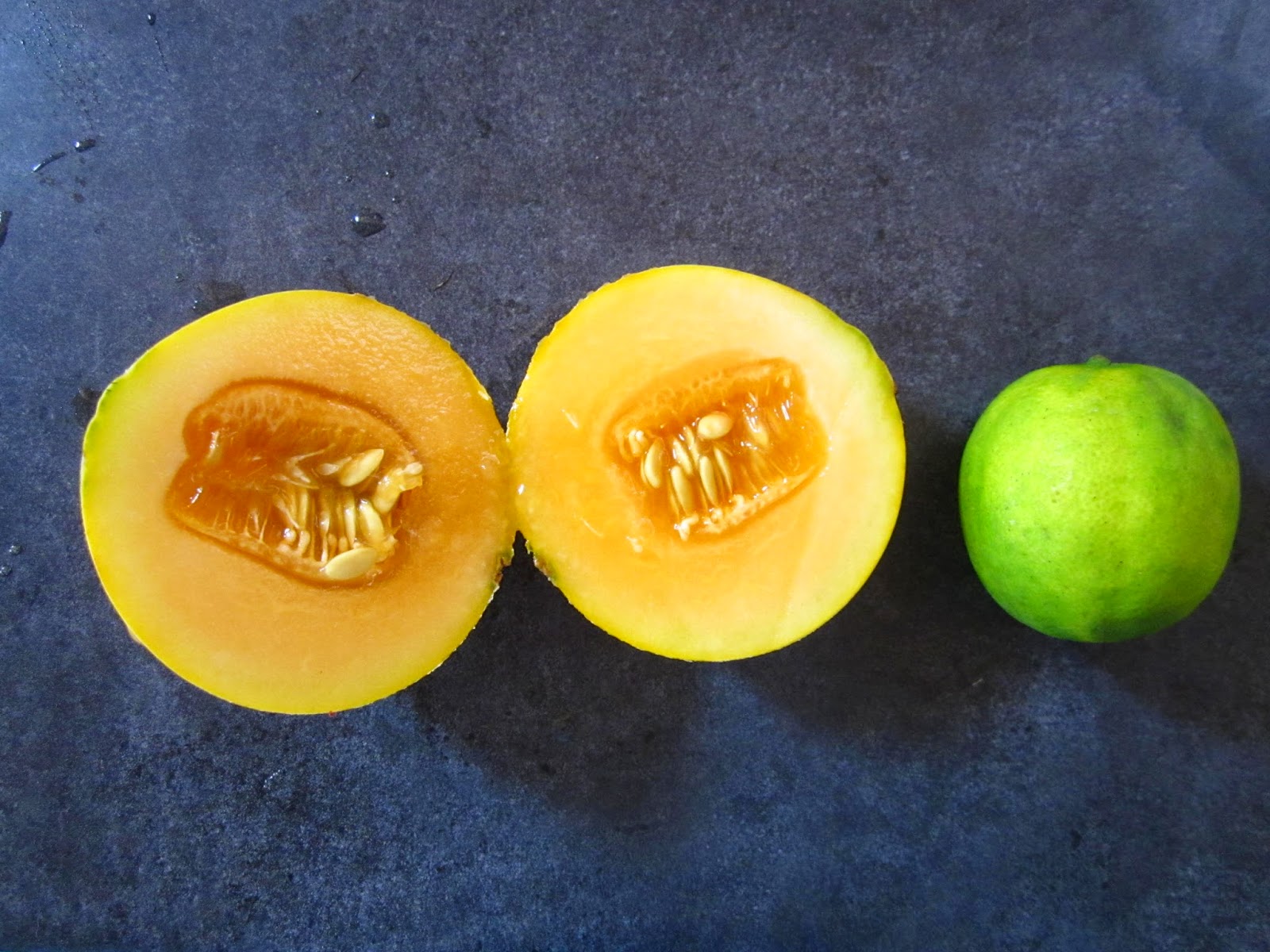 The crab apples are also not very big but since half of the tree has fallen to the ground I figured they are ready.  There is a similar amount still left on the ground and/or tree which I'll take care of over the next week or so.  These are very tart and, even with a lot of sugar, are not very tasty (as I discovered last year when I made crab apple jelly).  I will have the tree pruned before next season and have no plans to eat any this year.  In fact, this batch (about 15 pounds) was already dumped in the back for the deer. 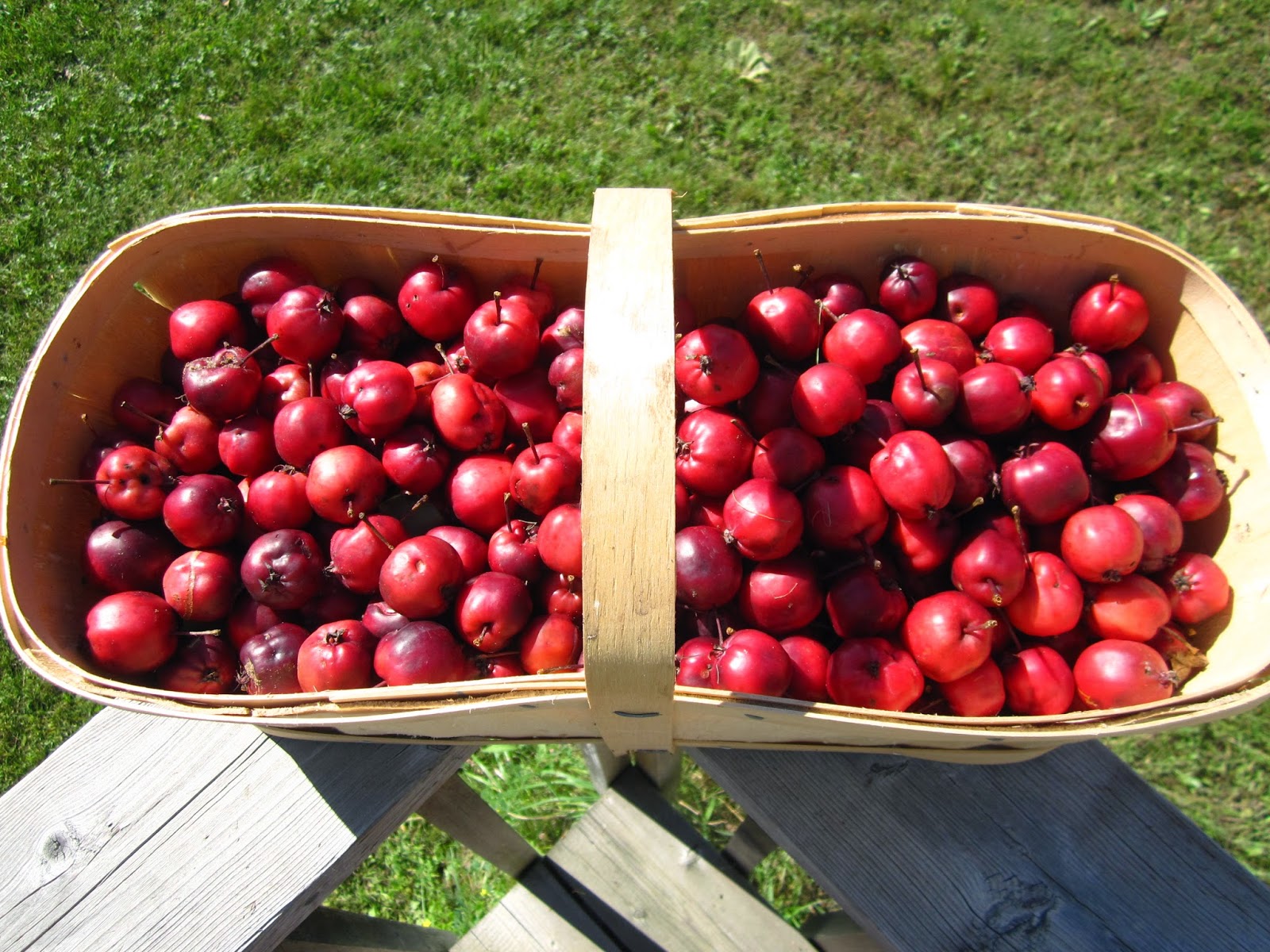 Chocolate cherry tomatoes and some tomatillos. 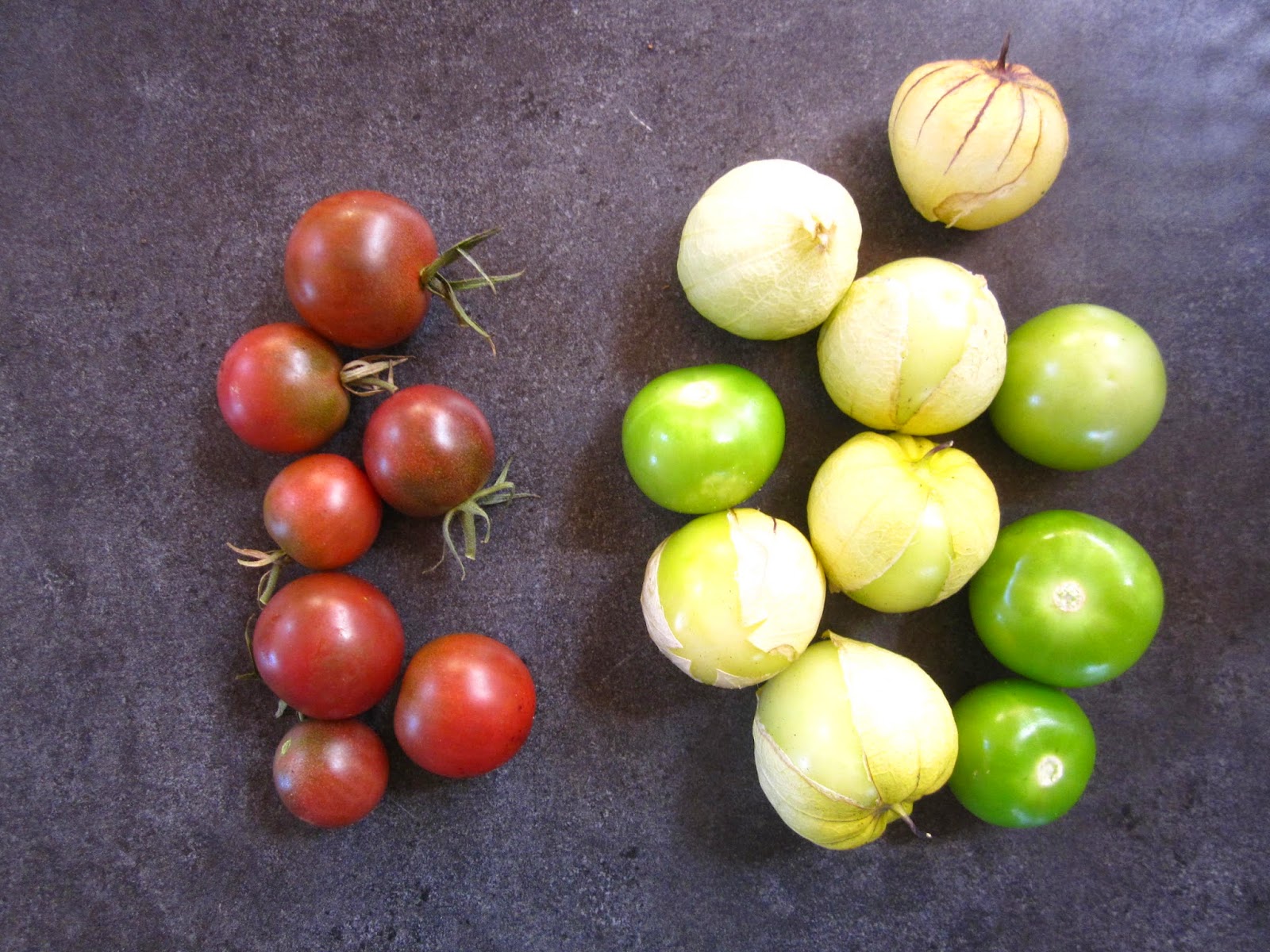 I pretty much have nothing but plum tomatoes left.  These will be packed in newspaper to help ripen the green ones.  The beans are Tarbais which are drying out before harvesting the beans inside.  And one more pepper (very few left on the plants). 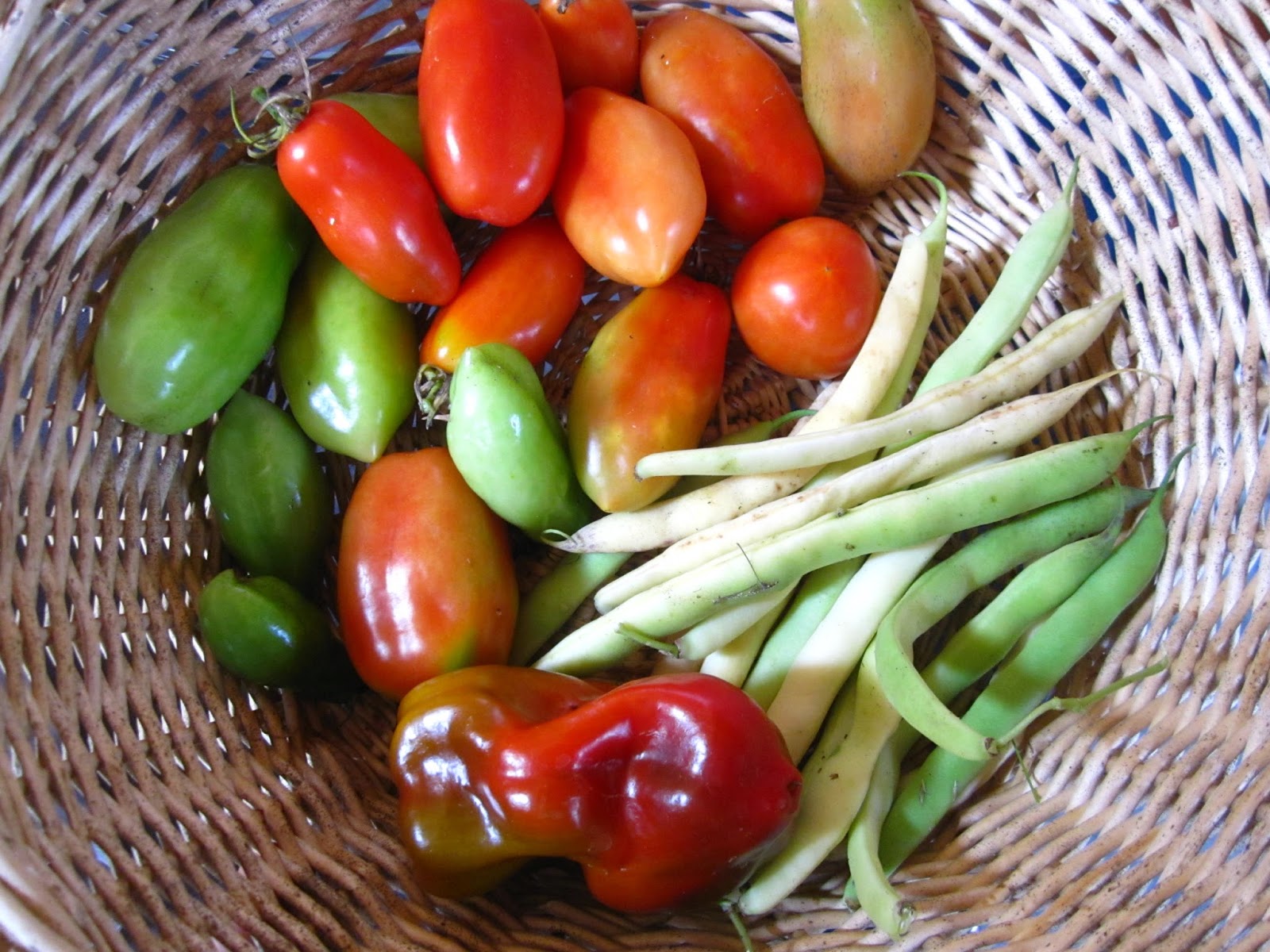 I still have so much basil!!  The following pictures show the plants before I harvested, how much I harvested and the plants afterwards - still a lot left! 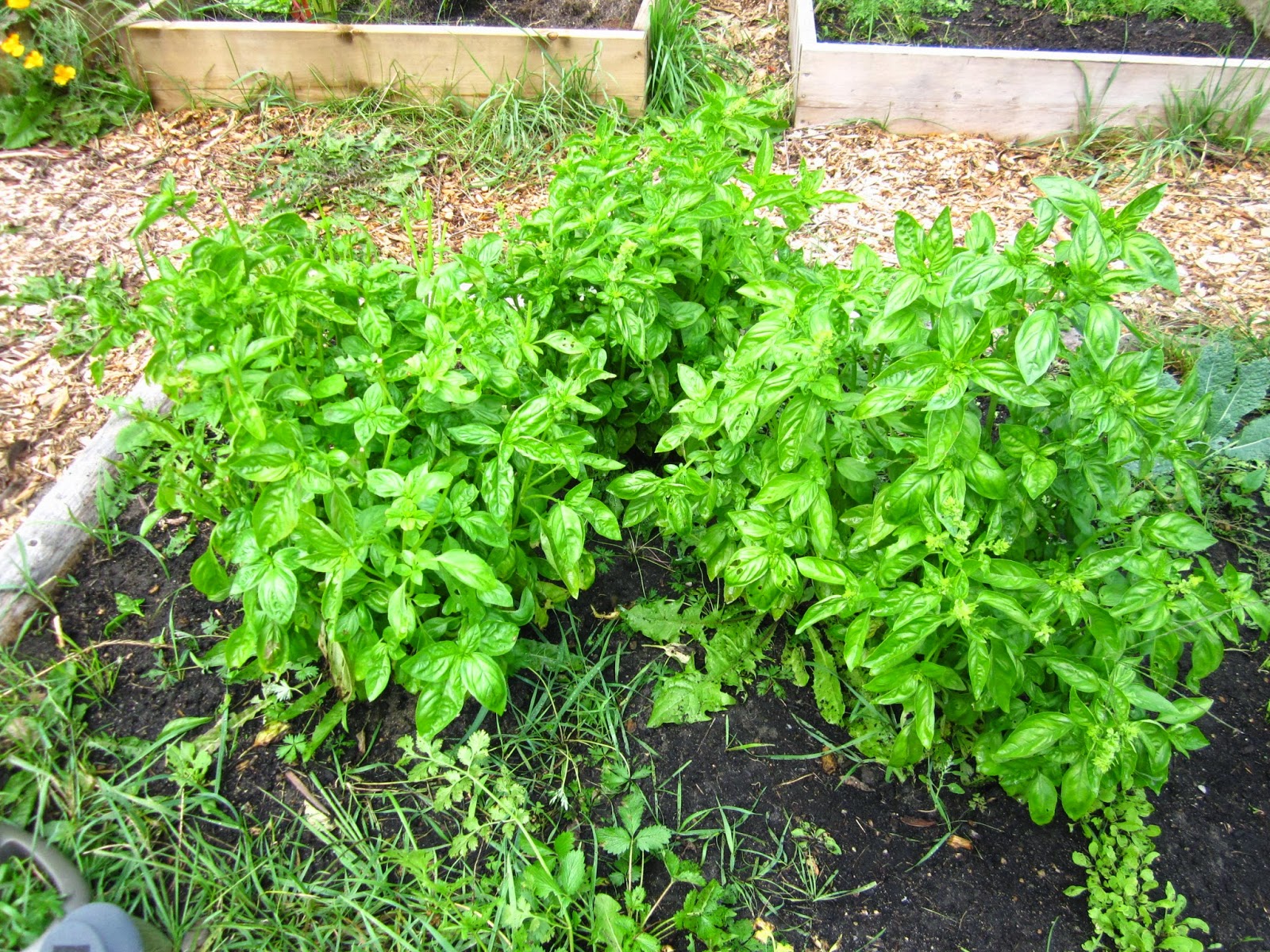 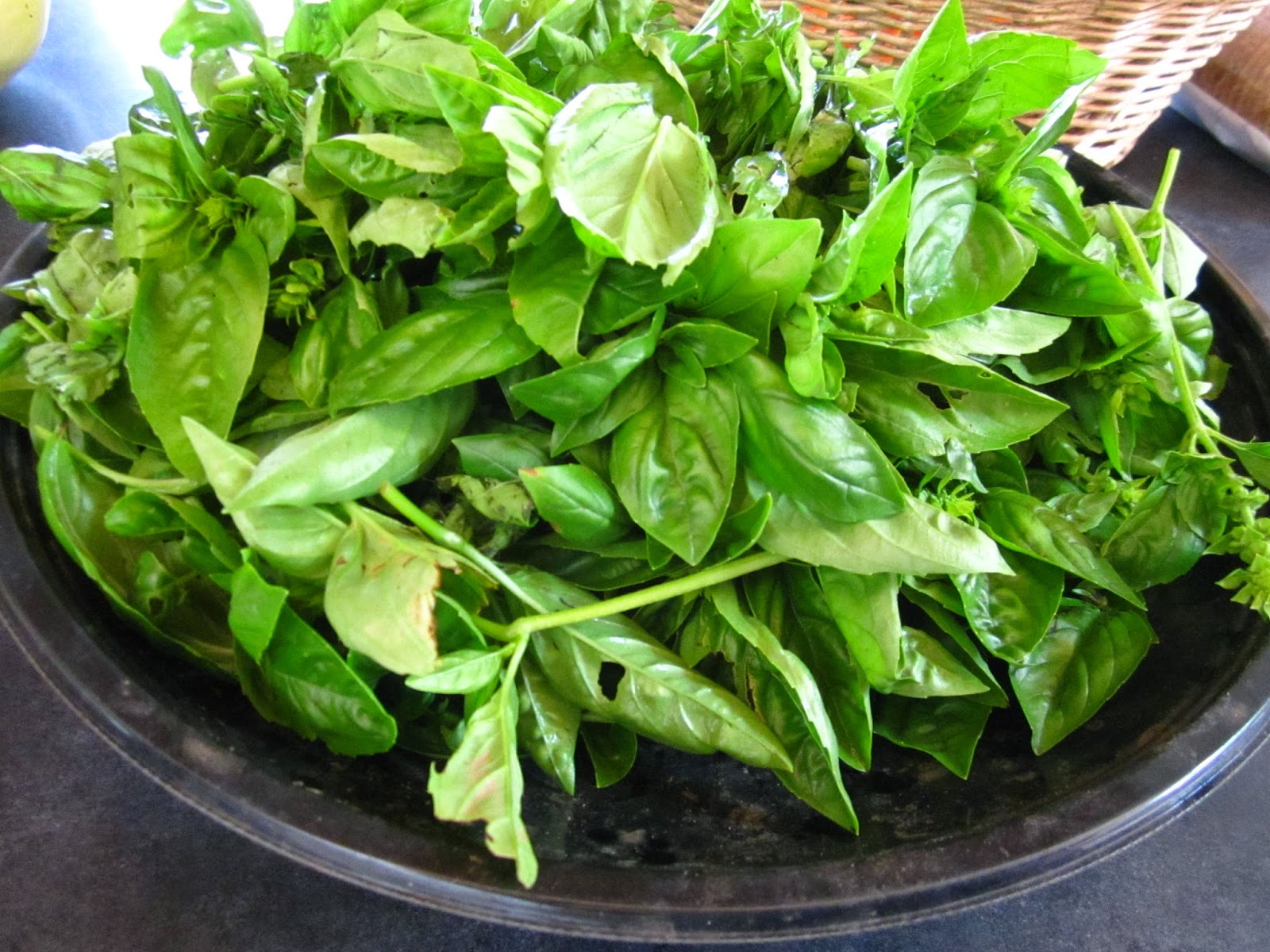 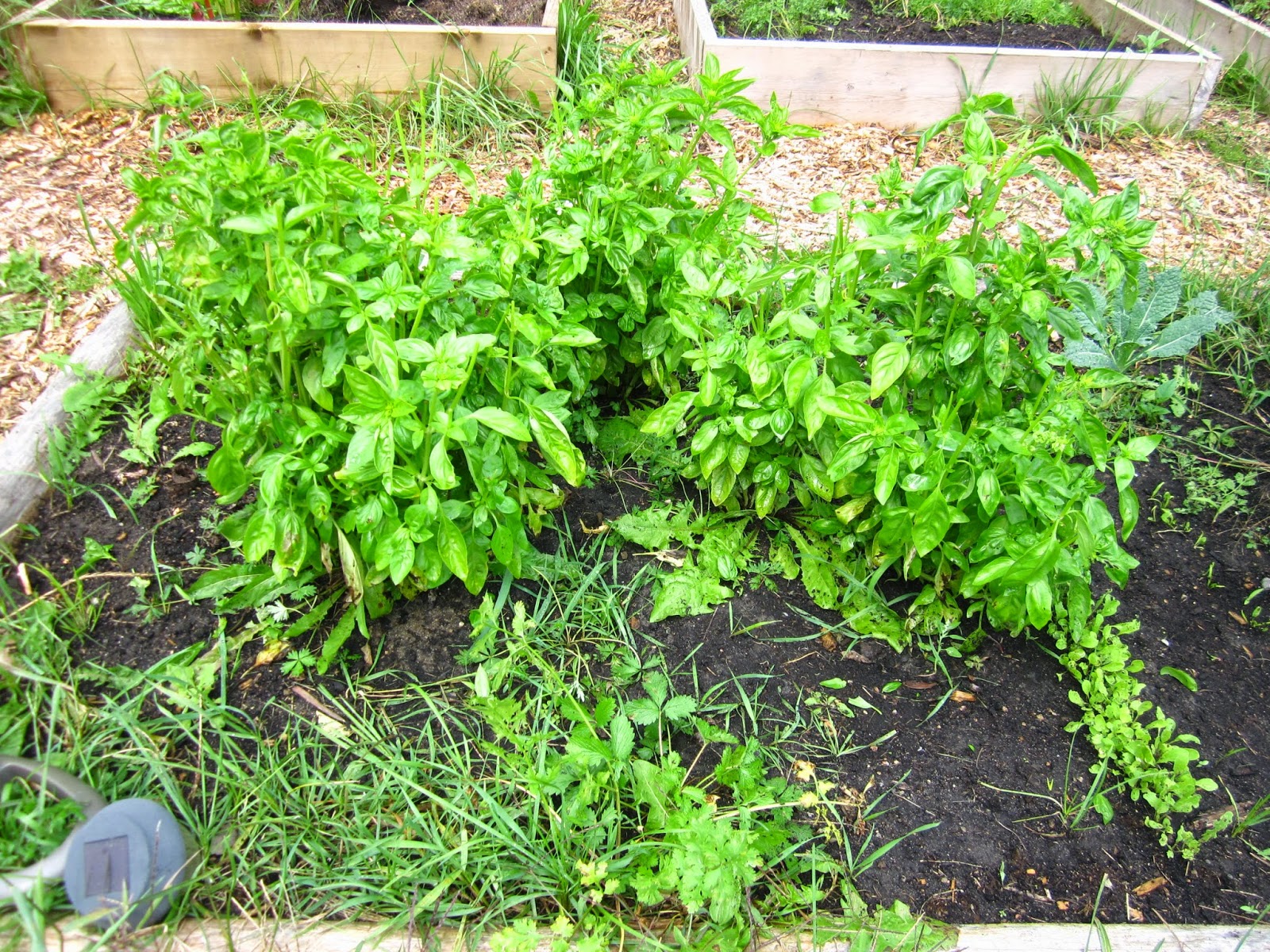 And I posted previously about my most recent potato harvest which involved several pounds of potatoes damaged by voles.  But I still ended up with about 15 pounds of fingerlings. 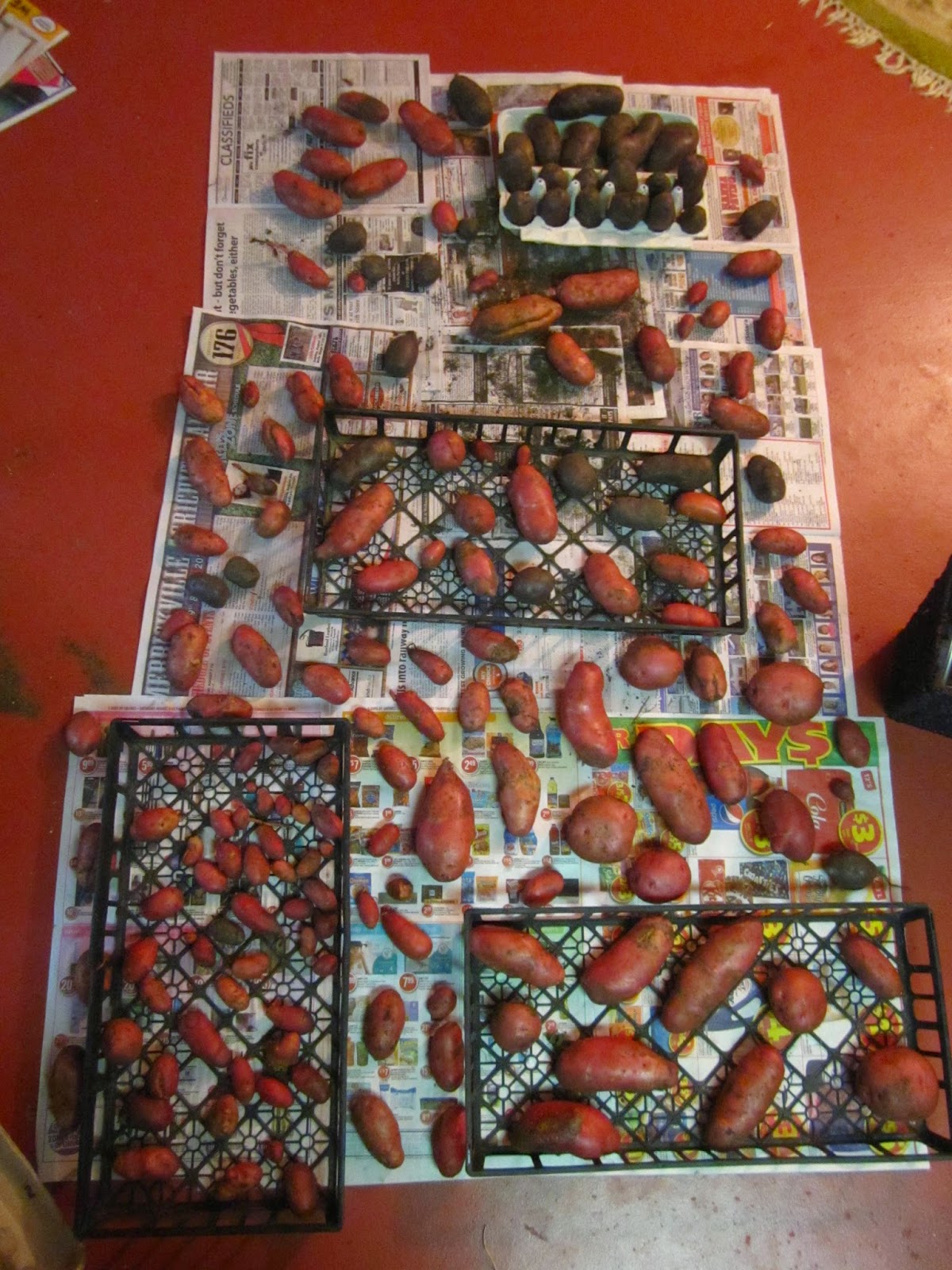 And the recent rainstorm bent over some of my African marigolds so I picked a handful. 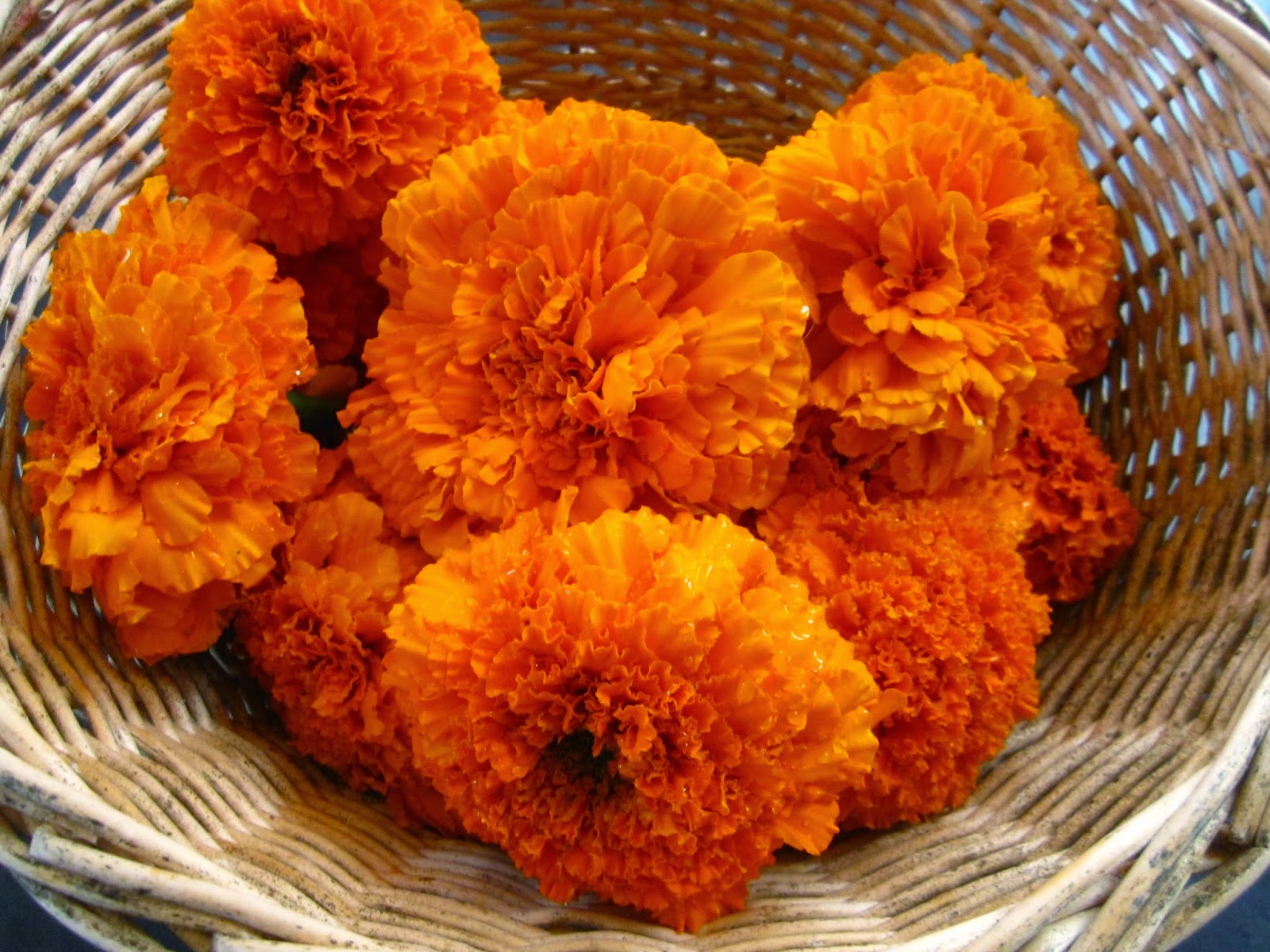 Pop over to Daphne Dandelion's Harvest Monday to see the bounty from other gardener's this week!